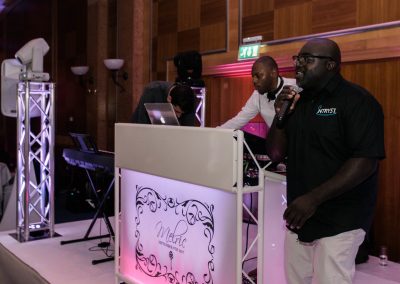 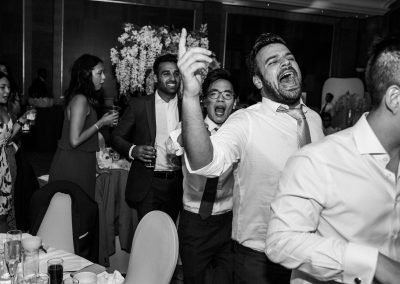 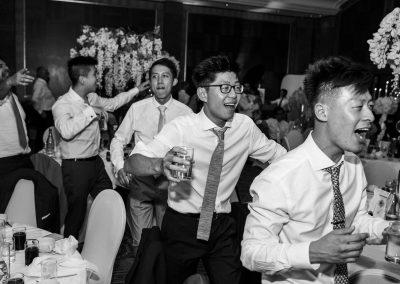 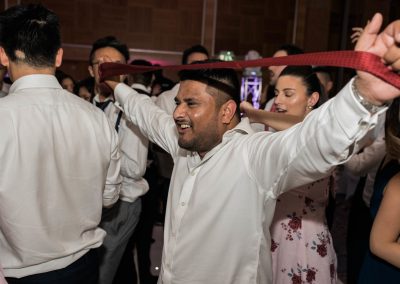 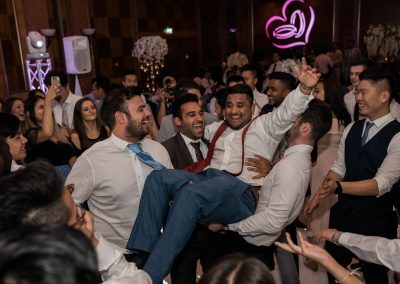 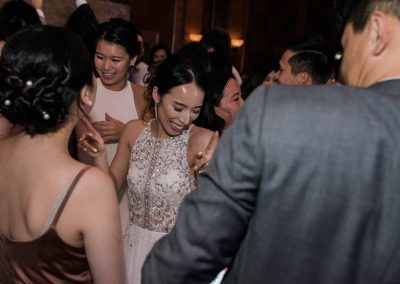 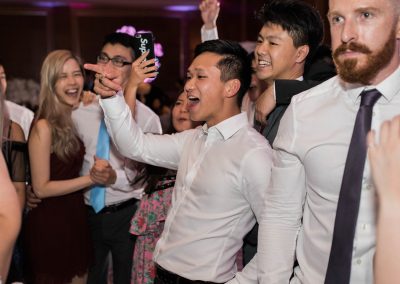 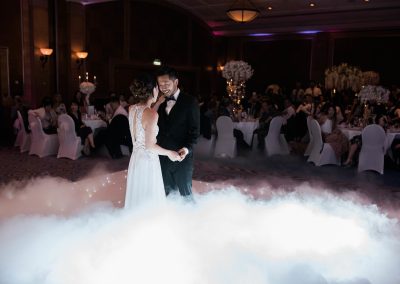 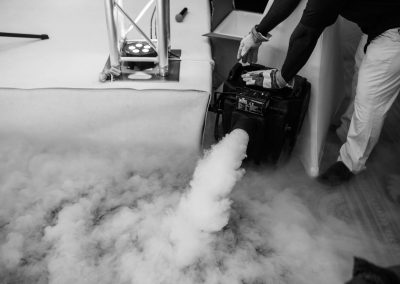 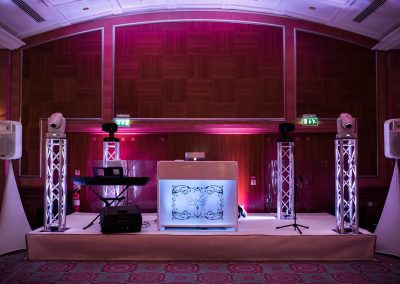 Mel & Eric found us via a hashtag on Instagram after being let down by another DJ who was unable to supply the venue with the relevant documents (insurance and PAT testing). From the first engagement, Mel made it clear she wanted a massive party, fusing music from across the world, especially party anthems and K-pop. There was only one issue, Eric the groom doesn't dance. Upon hearing this we were determined to see Eric dance to at least one song. This was to be our first Chinese wedding and we wanted to be sure we respected traditions whilst creating a proper party vibe. We had also never played K-pop before and during our consultation we sought to find out as much information as possible before we started researching and sourcing music. As well DJing, we also covered the stage with white carpet, produced a bespoke DJ booth with the couple's wedding crest, added gobos to the lighting set up and delivered our magical first dance in the clouds (dry ice). Mel also performed with her father playing the piano which we plugged into our speakers. What a party it was! We moved swiftly between RnB and hip hop party classics, current chart hits, K-pop and more. The bridesmaids were dancing on the stage and one guest almost pulled down the DJ booth because he was so excited about an old skool garage song we played. And yes...we have video evidence of Eric on the dancing!

Intryst gave us the most amazing, our wedding day was quite slow, but when Curtis & Ash turned up it went mad!